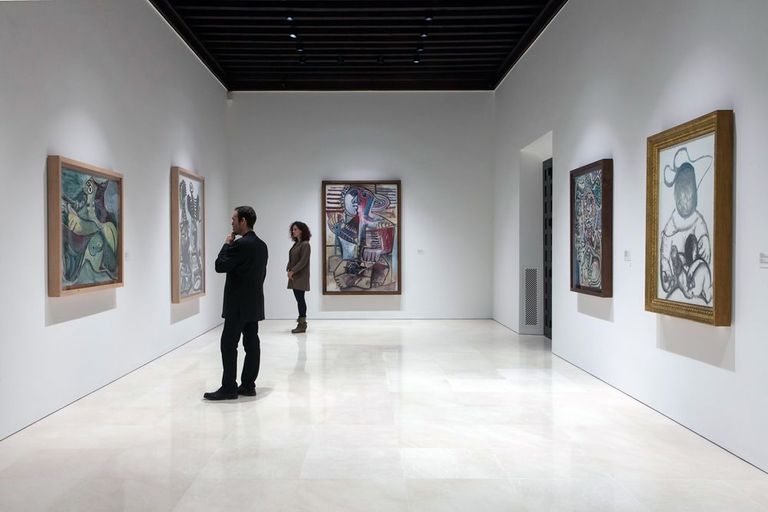 The Collection of Museo Picasso Málaga (MPM) will dazzle again from 13 March onwards thanks to a fresh selection of masterpieces by Pablo Picasso, displayed together under the title of PABLO PICASSO. NEW COLLECTION, which will take a strongly chronological approach centred on exploring in depth the most important aesthetic periods in Picasso’s oeuvre and on explaining the artist’s creative processes.

FABA (Fundación Almine y Bernard Ruiz-Picasso para el Arte) is strengthening its ties with the museum by means of a new agreement that will incorporate into the discourse of the Collection pieces that are key to understanding and appreciating Picasso’s work.

In addition, Fundación Sevillana Endesa will be contributing to the project through a partnership and sponsorship agreement that will lead to the improved illumination of Picasso’s works thanks to the latest lighting technology in the rooms of the Palacio de Buenavista.

MPM will be reopening its doors on 13 March, ushering in a new era by showing its Collection in a completely fresh manner – in terms of both the content and the presentation – thanks to agreements recently reached for the museum.

A new agreement between MPM and FABA will for the next three years bring to MPM 166 works – some of them rarely shown in public before – which, in conjunction with the Permanent Collection, will narrate the most important episodes in Picasso’s artistic career and provide insights into the themes, techniques and styles that made him the great artist of the 20th century.

The new exhibition discourse will offer a complete restructuring of Picasso’s work in the eleven rooms in the Palacio de Buenavista, giving visitors a chronological account of the evolution, innovation and creation of Picasso’s artistic process during the 80 years of his life. This new presentation is being formulated in close collaboration with FABA, which, thanks to its support for MPM, has contributed a notable selection of its art holdings to the discourse of the museum’s Collection since MPM opened.

The new museographical approach will include all the supports used by the artist and will also provide the public with the opportunity every three months to discover new works by Picasso, as well as an academic project which, through essays, seminars and publications, among other initiatives, is intended to continue the advances being made in studying and raising awareness of the work of this great 20th-century artist. Likewise, educational activities will be organised, thereby raising people’s appreciation of Picasso’s creative process and encouraging them to revisit a museum that has for the last 14 years been leading the cultural evolution taking place in the city of Malaga.

To enable visitors to appreciate Picasso’s work in detail, this renovation requires an adaptation that will result in the optimisation of the exhibition room lighting thanks to the conversion from halogen lighting to LED lamps. MPM has forged an alliance with Fundación Sevillana Endesa, whose President, Antonio Pascual, signed a partnership and sponsorship agreement with Rosa Aguilar, the Government of Andalusia’s Minister for Culture and President of MPM’s Board of Trustees, and with Bernard Ruiz-Picasso, President of MPM’s Executive Board.

Thanks to this agreement, Fundación Sevillana Endesa will be investing €133,000 to improve the lighting levels in the rooms. In total, 230 LED lights and 60 reflective lamps will be installed, reducing the museum’s energy consumption by 78%. This change in lighting will result in a significant improvement in lighting provision without generating heat, thereby guaranteeing the preservation of the artworks and making it easier to appreciate them in conditions more closely approaching those of natural light. The new lighting will also lead to a fall in energy consumption and hence lower greenhouse gas emissions.