A joint exhibition with the Joan Miró Foundation, Barcelona.

Description of the exhibition: Museo Picasso Málaga will be showing the unique and highly personal work of Franti&scaron";“ek Kupka (1871-1957), ranging from his earliest academic work to his pioneer ventures into Abstract art. The exhibition will focus on the contribution made by this artist, who earned a significant place in the history of Modern Art: from his fusion of Austrian fin-de-si&egrave”;"cle motifs with explorations of the earliest Avant-garde forms, to his special interest in movement and Abstraction.

Work on display: The exhibition contains approximately 90 works, featuring oil paintings, drawings, gouaches and engravings from the Centre Georges Pompidou collection of the Czech painter&rsquo";“s work, most of which were legacies donated in 1959 and 1962 by the artist&rsquo”;"s widow, Eugénie Kupka.

Curator: Dominique Dupuis-Labbé, Chief Conservator of the Collections Department of the Directorate of French Museums, and teacher at the &Eacute";"cole du Louvre.

Description of the exhibition: The purpose of this exhibition is to explore the meaning of the horse images in the artist&rsquo";"s work. Picasso produced many pictures of horses, and they alternated between male and female symbols, light and shade, tragedy and entertainment, desire and wisdom. He never abandoned this motif, and it was in fact part of his own personal mythology, from his earliest childhood years in Malaga, to the last days of his life in Mougins, France.

Work on display: Approximately 50 works by Pablo Picasso will be shown alongside a selection of engravings of Francisco de Goya&rsquo";“s Los Disparates (Proverbs), and La caballeriza de Don Juan de Austria (The Royal Stables of Don Juan de Austria), based on 16th-century drawings by Jan Straet. Both these series are from the Spanish National Library in Madrid. The exhibition also includes photographs of the cities in which Picasso spent his childhood and youth - Malaga, Corunna, Barcelona and Paris. They illustrate specific references to city landscapes and characters that represent the artist&rsquo”;"s circle and his surroundings, and which he used for his studies.

Lenders: The works in this exhibition are on loan from, amongst others, Museu Picasso, Barcelona";" Centre Georges Pompidou, Paris";" the Tate Gallery, London";" the University of Edinburgh Fine Art Collection, Edinburgh";" MOMA Museum of Modern Art, New York, and The Phillips Collection, Washington, as well as from various privately-owned European and US collections.

Catalogue: An illustrated catalogue will be published in both Spanish and English, containing a brief selection of writings by Pablo Picasso and essays by the exhibition curator, Dominique Duppuis-Labbé";" Laurence Madeline, conservator at the Musée d&rsquo";"Orsay, and Jean-Louis Gouraud, the French historian and publisher.

A large number of toys, furniture, books and artworks on different supports, mostly devised by artists from all over Europe, emphasize the cultural influence of the new teaching and educational movements of the first half of the 20th century. The exhibition is completed by a restaging of the presentation of the Russian avant-garde book that writer Blaise Cendrars organized in Paris, in 1929.

Catalogue: An illustrated catalogue will be published in both Spanish and English, featuring theoretical essays which examine the relationship between art and teaching.

THE MPM COLLECTION 2010 During the first half of 2010, the Museo Picasso Málaga&rsquo";"s art holdings will be presented, along with the MPM Collection Catalogue.

SEMINARS AT THE PICASSO MUSEUM Seminars will include lectures, round-table discussions, commentated screenings and debates, which examine the key ideas behind the exhibitions organized at Museo Picasso Málaga, as well as introducing the art holdings from its collection.

SUNDAYS AT THE PICASSO MUSEUM In Spring 2010, Museo Picasso Málaga will be hosting a number of shows for families, in a programme which is aimed at both adults and children.

FILMS AT THE PICASSO MUSEUM Film cycles will be organized throughout 2010 in the MPM Auditorium, a place which will become a meeting point between audiences and the various disciplines of our time.

EDUCATION Museo Picasso Málaga&rsquo";"s educational activities for 2010 will continue to explore the work of Picasso and the other artists whose work is on display at MPM, encouraging visitors to discover and enjoy art with guided tours, workshops and courses.

All educational programmes are designed to suit our visitors&rsquo";" different levels of development, forms of communication and particular needs. Highlights of the 2010 programme include:

THE LIBRARY Besides holding specialized publications, the MPM Library is also a venue for meetings and discussion on cultural issues. The new 2010 programme features: 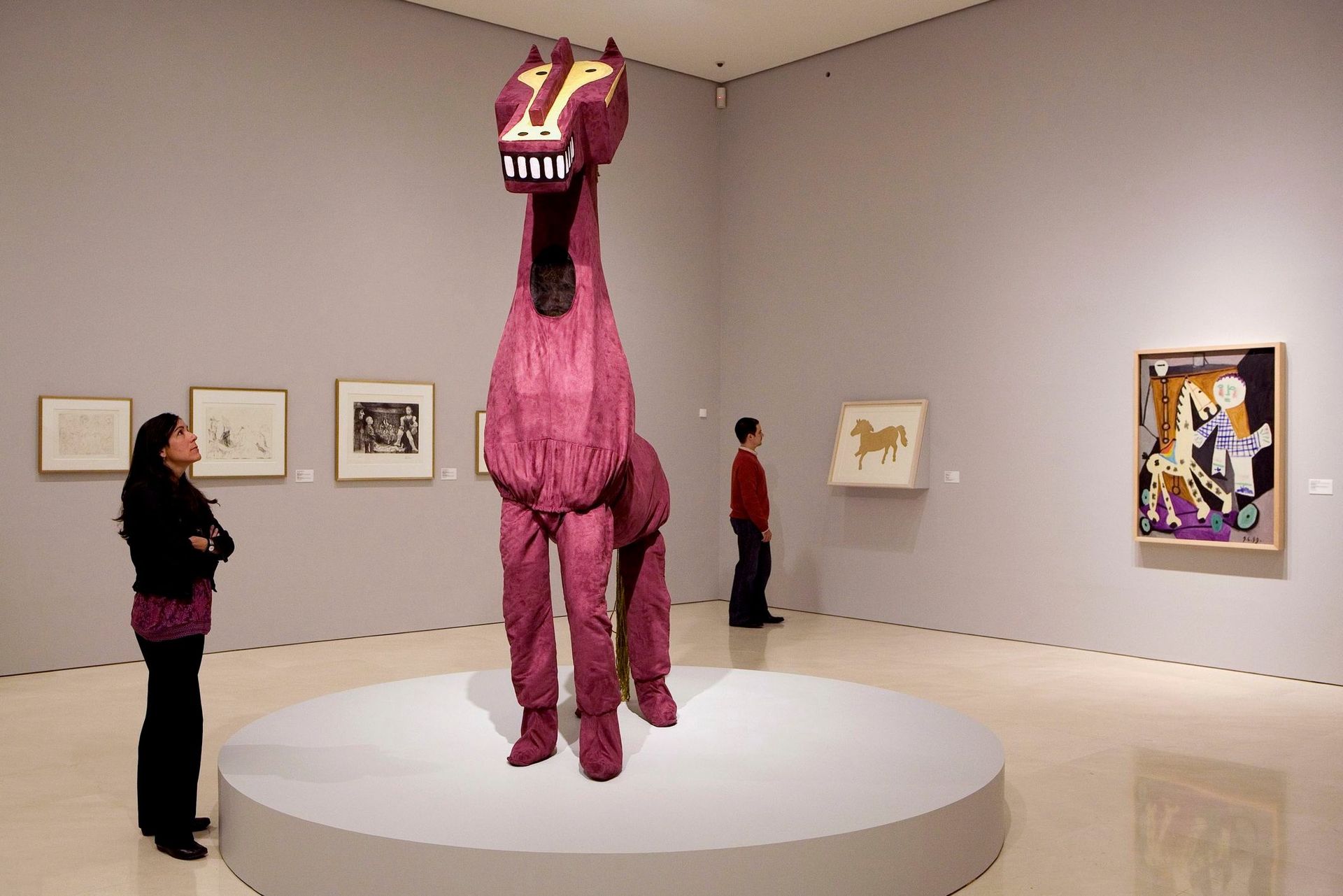