Dennis Hopper. On the Road

Independent, rebellious and extreme, during his lifetime Dennis Hopper was recognized for his work as an actor and director of cult movies such as Easy Rider (1969), but his interests went beyond cinema into other realms of art, and he was especially prominent as a photographer.

Dennis Hopper. On the Road at Museo Picasso Málaga shows from 29th April to 29th September 2013 a total of 141 pictures from his photographic legacy. Most of them produced during the 1960s, several images have never before been printed. Together, they construct a narrative in black-and-white that unfolds at film shoots, on the road and in cities, places inhabited by celebrities and anonymous people, seen up close through the intuitive eyes of this legendary US film star.

In a flash-back to Pop Art, the exhibition includes a selection of works by artists from his circle, such as Andy Warhol, Roy Lichtenstein, Claes Oldenburg and Ed Ruscha, as well as some of Hopper&rsquo";"s own artworks. Film and music complete an exhibition in which the arts intermingle, just as they did in the life of Hopper.

&ldquo";“I was born in Dodge City, Kansas, and am really just a middle class Farm boy at heart. I really thought acting, painting, music, writing were all part of being an artist. I never thought of them as being separate&rdquo”;". For actor, director, photographer, artist and art collector Dennis Hopper, there were no boundaries between the different artistic disciplines. His refusal to accept limits often marked his artistic career as well as his personal life.

His training began as a child. At around the age of nine, Dennis Hopper took art lessons at the Nelson Art Gallery in Kansas City, where they also gave acting classes. At the age of just twenty, he had already performed in two movies that had been highly acclaimed by the media: East of Eden (1955) and Giant (1956). During the filming, he met James Dean, who advised him to use photography &ndash";" which had by then become his hobby &ndash";" to practice framing movie shots: &ldquo";“Because you&rsquo”;“re probably going to want to direct films someday, and you can&rsquo”;“t crop film, so learn how to frame full-frame, full negative&rdquo”;".

In the sixties, Hopper would take his camera with him to film sets, Hollywood parties, civil rights marches, road trips and urban spaces. He seems to have been in the right place at the right time. Movie stars Jane Fonda and Paul Newman, musicians Ike and Tina Turner";" artists Marcel Duchamp and David Hockney";" political leaders such as Martin Luther King, as well as complete strangers, appear in shots that serve to document the effervescent cultural life of the L.A.-London-New York triangle. In New York, where Hopper went to study method acting with Lee Strasberg, he came into contact with Andy Warhol and his set. Hopper&rsquo";"s camera portrayed the atmosphere at the Factory and at art shows, in contrast to the everyday life of the New York neighbourhoods, people and street gangs.

In 1969 Dennis Hopper directed Easy Rider, in which he also starred alongside Peter Fonda and Jack Nicholson. This low-budget road movie, in which two bikers ride across the USA, captured the essential spirit of sixties&rsquo";" counterculture, the rejection of establishment values and the radical demand for freedom. With music by groups such as The Byrds and Jimi Hendrix, the film immediately became a hit, a cult movie that was to signal the conclusion, in aesthetic terms, of Hopper&rsquo";"s initial period as a photographer, as well as the end of an intense period that is crucial to understanding some of the key cultural issues of post-1950s America.

After Easy Rider, Hopper sank into a self-destructive period of addictions. He was rejected by the film industry, which closed its doors on him after his second film as a director, The Last Movie (1971), although there were a handful of exceptions, such as his role as photojournalist in Apocalypse Now (1979). In 1985, he managed to extricate himself and restart his career, giving outstanding performances in films such as Blue Velvet in 1986 and Hoosiers (1986), which earned him an Oscar nomination. Hopper continued with acting, photography, painting and his hobby of art collecting right up to his death in 2010.

Dennis Hopper. On the Road Dennis Hopper. On the Road at Museo Picasso Málaga displays a selection of 141 black and white photographs, most of them taken between 1961 and 1967, some of which have never been printed, and compiled after an exhaustive examination of Hopper&rsquo";“s archives. The display is arranged like chapters of a narrative about Hopper&rsquo”;"s areas of interest as a photographer during that time: road journeys, abstract surfaces, celebrities, fashion, film shoots and street advertising.

In a movie flash-back to Pop Art, the show also includes a section with works by Robert Rauschenberg, Ed Ruscha, Roy Lichtenstein, Claes Oldenburg, Andy Warhol and Tom Wesselmann, who all formed part of the circle to which Hopper was so close, and who exemplified what was known as the &ldquo";“return to reality&rdquo”;“, introducing everyday objects into art. A selection of Dennis Hopper&rsquo”;"s own artwork is also on display, with seven works that include paintings and sculptures, as well as two billboards.

The exhibition also contains clips from Hopper&rsquo";“s movies that have been carefully selected by the Cinémath&egrave”;“que Fran&ccedil”;"aise, as well as three 1964 screen tests by Andy Warhol. A set of posters for movies in which Hopper was involved is also on display, along with documentary material such as photographs by other artists, books, magazines, records and so on, helping to put into context the works on show and the cultural atmosphere of the time.

Various different listening points will enable visitors to hear a special soundtrack for the exhibition, with music by sixties artists such as James Brown, Ike &amp";" Tina Turner, The Byrds and Neil Young.

Art, music and film are all brought together for an exhibition in which the boundaries are blurred, just as they were in Dennis Hopper&rsquo";“s own life. In the words of MPM&rsquo”;“s artistic director, José Lebrero Stals, the show is &ldquo”;“a modest attempt to pay tribute to a Bohemian from a faraway place called Dodge City&rdquo”;".

Related activities To coincide with the exhibition, Museo Picasso Malaga has published Spanish and English editions of a book. It contains an introduction by the museum&rsquo";“s artistic director, José Lebrero Stals”;" a conversation between Dennis Hoopper and artist Ed Ruscha";" two interviews with Hopper by film director L.M. Kit Carson and author and scriptwriter Alex Simon";" an essay by art, film and design critic Hunter Drohojowska-Philp, and some words, especially given to the museum, from film director David Lynch. The book also contains pictures of some of the works on show.

Also coinciding with the exhibition, thanks to the support of Harley Davidson Siebla Málaga a Harley Davidson motorcycle will be on display in the main entrance to Museo Picasso Malaga.

Twice a month, the exhibition will also be the main theme of the Gallery Talks guided tours, which take place every Thursday at 6.00pm. To take part, simply register at the ticket office as these tours are free with the price of admission.

About The Dennis Hopper Art Trust: The Dennis Hopper Art Trust (DHAT) is committed to the preservation of the artistic career and legacy of the late iconic visionary Dennis Hopper. Hopper was a renowned actor/director and artist who experimented in all mediums including photography, video and film, painting, performance, and sculpture. DHAT is responsible for maintaining and operating a functional archive that serves as a resource for multi-faceted engagements in the public realm. DHAT also facilitates dynamic collaborations with international curators, museums, galleries, and publications whose mission it is to highlight and emphasize Hopper’s works as not only aesthetic objects of value but also historical artifacts that chronicle the past half-century of American history in art and film. The Dennis Hopper Art Trust was established by the Dennis Hopper Estate in 2010 and is based in Los Angeles, California. www.dennishopper.com 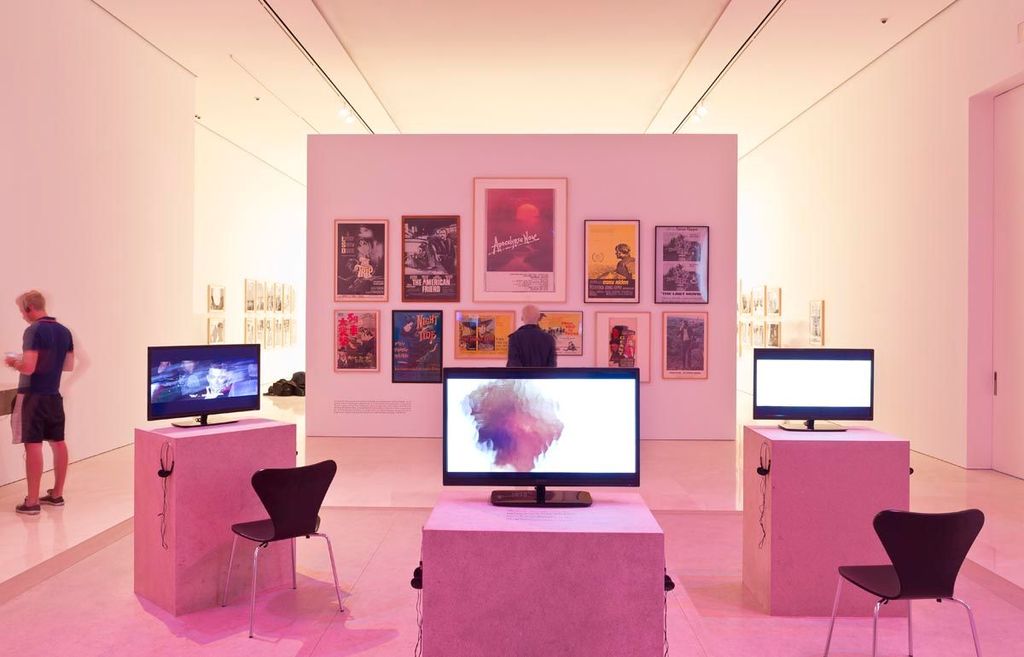