The Solomon R. Guggenheim Museum in New York has loaned Museo Picasso Málaga a canvas painted by Pablo Picasso in 1965: Lobster and Cat, from its Thannhauser Collection. Thannhauser was a benefactor who donated a major modern art collection to the museum in 1963, including over 30 works by Pablo Picasso.

This is a continuation of the Guest Museum project that Museo Picasso Málaga set up in March this year, in which other museums are invited to show works by Pablo Picasso among the collection housed at the Palacio de Buenavista.

When, in March this year, MPM presented the work Head of a Musketeer (Mougins, 1968), from the Museo de Málaga, the first guest museum, work was already under way to ensure the continuity of the project, with the issue of an invitation to the Solomon R. Guggenheim Museum in New York that has served to strengthen Museo Picasso Málaga&rsquo";"s international ties.

Lobster and Cat, which will be on display in Room XI until 20th January 2013, attests to the artist&rsquo";“s unbreakable energy during the last few years of his life. The oil painting demonstrates Picasso&rsquo”;"s skill at depicting apparently humorous subjects in a serious manner: both animals are, potentially, as innocent as they are dangerous. The cat looks threatening, and is confronted by a crustacean in attack mode.

Some art critics point out that the subject&rsquo";“s predecessor was La Raie (The Skate, 1728, Musée du Louvre, Paris), by French artist Jean-Baptiste-Simeón Chardin. The surprising thing about Picasso&rsquo”;"s painting is that he is able to retain the humorous anecdote of an eighteenth-century painting while focussing on and highlighting the encounter between the cat and the lobster, in an effective metaphor of aggression and defence, both provoked by fear. Picasso worked a number of times on transforming the monumental to the miniature, the trifling to the significant, and vice versa.

Because of the subject matter of the painting, it was decided to hang the painting in Room XI of Museo Picasso Málaga. Known informally among MPM staff as the Bestiary Room, the works in it illustrate the importance of animals in Picasso&rsquo";"s life and in his paintings. They are almost always part of his own domestic surroundings and, exceptionally, from the natural habitat in which he lived.

The work belongs to the New York museum&rsquo";“s Thannhauser Collection. These holdings were a generous gift from Justin K. Thannhauser (1892&ndash”;“1976), the son of the art dealer and gallerist Heinrich Thannhauser, who founded the Moderne Galerie in Munich in 1909. In 1963, Justin K. Thannhauser donated a major collection of French modern art to the Guggenheim, including over 30 works by Pablo Picasso. After the death of the benefactor, his widow made further donations between 1981 and 1991. This collection covered the period immediately prior to that of the Solomon R. Guggenheim Museum&rsquo”;"s own founding collection, and this enabled the museum to offer its visitors a complete overview of the history of modern art, from the 19th century to the present day.

Lobster and Cat became part of the Solomon R. Guggenheim Museum collection in 1991 thanks to the legacy of Hilde Thannhauser, the second wife of Justin K. Thannhauser, who had worked with his father, Heinrich, at the famous Munich gallery that bore his name. Strong supporters of the Avant-garde art movement with their excellent and eclectic programme of exhibitions, the Thannhausers put on the first major Pablo Picasso retrospective in 1913, at their Moderne Galerie. This was the start of a close relationship between Justin K. Thannhauser and the artist which was to last until Picasso&rsquo";"s death in 1973.

The top left-hand corner of Lobster and Cat carries a dedication, &ldquo";“Pour Justin&rdquo”;“, signed by his &ldquo”;“ami&rdquo”;", Picasso. Under the terms of the Thannhauser legacy, the holdings are to be on display almost permanently in the galleries devoted to the collection at the museum building in New York. This is why Lobster and Cat has very rarely been seen outside New York, and this is the first time that it has been shown in Spain.

The museum is named after its founder, Solomon R. Guggenheim, an American tycoon who, encouraged and guided by the artist and art advisor Hilla Rebay, started an art collection in the late 1920s. Initially, Guggenheim&rsquo";“s own suite in New York&rsquo”;“s Plaza Hotel served as the exhibition space for his art collection. Later on, in 1937, when his collection had become too large, he created the Solomon R. Guggenheim Foundation. Two years later, he opened his first art museum: the Museum of Non-Objective Painting, on 54th Street in East Manhattan. Four years later, the Foundation asked the innovative architect Frank Lloyd Wright to design a permanent building to house Guggenheim&rsquo”;"s growing art collection, which at the time included works by Vasily Kandisky, Marc Chagall, Robert Delaunay, Fernand Léger, Amedeo Modigliani, László Moholy-Nagy and Pablo Picasso. It took Wright 16 years, 700 sketches and six different sets of plans to complete the project.

The architect had a number of different New York sites in mind before deciding on the current location on Fifth Avenue, between 88th and 89th Streets. For Wright, the proximity to Central Park was fundamental: not only did it provide a true respite from the noise and traffic of the city, but it also served as a source of inspiration. So, on 21st October, 1959, the Solomon R. Guggenheim Museum opened its doors for the first time &ndash";" and its characteristic spiral form has become an emblem of New York City.

The Guest Museum project has been very well received by both the public and the art galleries that have been invited to submit a work by Pablo Picasso on temporary loan. The aim is to enhance the overview provided by the MPM permanent collection, which comprises 233 works that encompass Picasso&rsquo";"s revolutionary innovations as well as the wide range of styles, materials and techniques that he mastered. 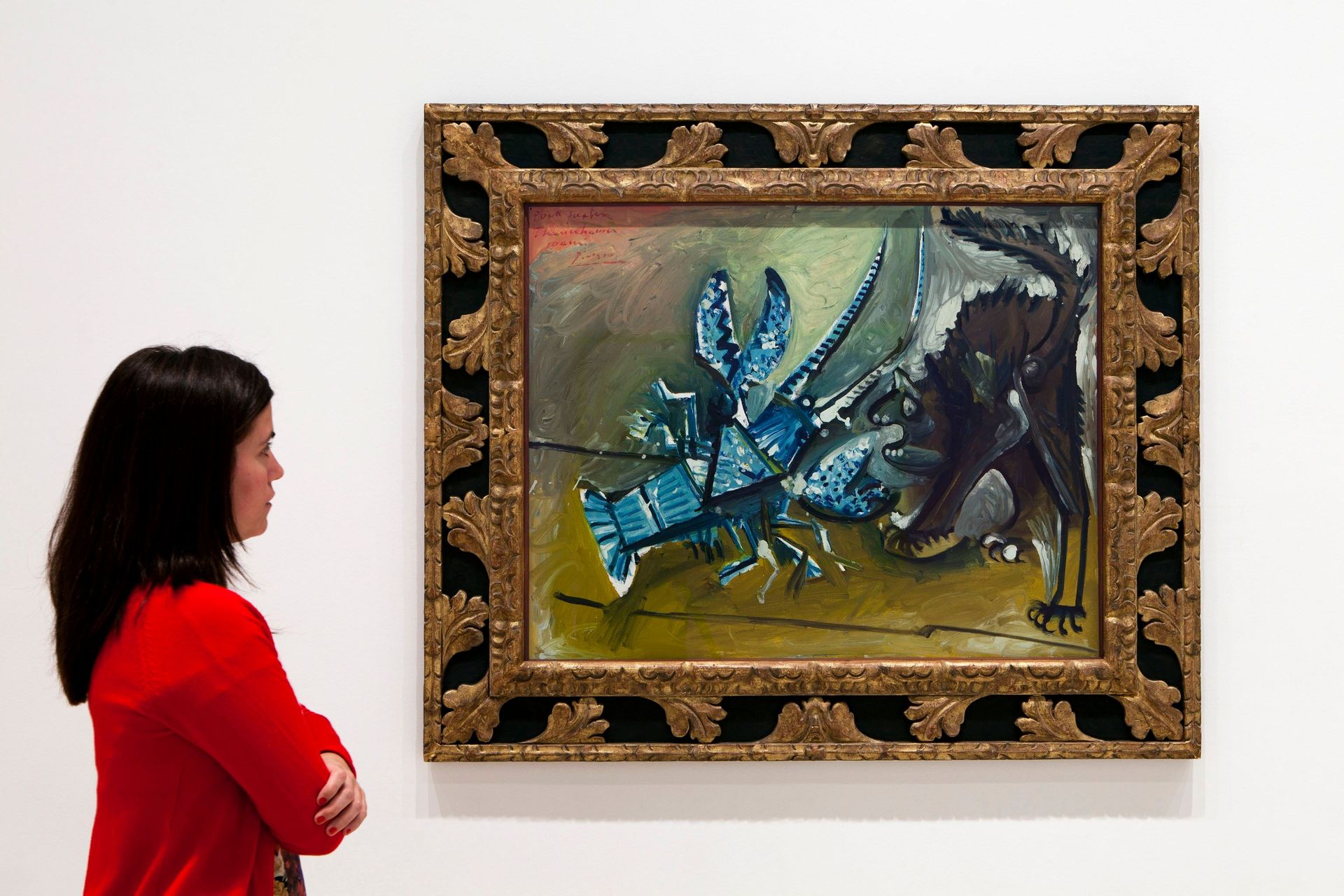