On Wednesday 27th October 2004, the Museo Picasso Málaga celebrates its first anniversary with the opening of the temporary exhibition “Picasso. Anthology (1895-1971)”

Exactly one year ago, on October 27, 2003, Their Majesties the King and Queen of Spain opened the Museo Picasso Málaga, accompanied by Manuel Chaves, President of the regional government of Andalusia, Christine and Bernard Ruiz-Picasso, daughter-in-law and grandson of the artist";" and –among many other personalities- an important part of Picasso’s family. To celebrate its first anniversary, the Museum presents Picasso. Anthology (1895–1971), an exhibition comprising 132 pieces, including paintings, drawings, sculptures and ceramics. The works, which will be exhibited until end of February 2005, come from the Museu Picasso, Barcelona, the Musée Picasso, Paris, and the Fundación Almine y Bernard Ruiz-Picasso, as well as loans from a private collection.

The Buenavista Palace, home of the Museo Picasso Málaga, is located right in the historic city centre. The building has been restored and fitted with all the technical requirements of a modern-day art museum. Beneath the Palace, Phoenician, Roman and Moorish remains were found, which can also be accessed by visitors. The Palace holds the Museum’s collection, consisting of 155 works by Pablo Picasso (Malaga 1881 – Mougins 1973) donated by Christine and Bernard Ruiz-Picasso, who loaned an additional 49 pieces for a renewable ten year period. The Fundación Almine y Bernard Ruiz-Picasso has recently lent an extra 22 works until October next year. Two other private collectors have joined this initiative by agreeing to leave eight works by Picasso on deposit at the MPM. This totals 30 new pieces, which will be exhibited until October 2005.

In the adjacent buildings we find the Centre for the Study and Promotion of the Work of Picasso, which will open on October 27, 2004. With the Library, the Auditorium and the Department of Education, the Museo Picasso Malaga bids all the services and facilities of a dynamic museum in an area of more than 8,300 square meters. The total sum invested by the Regional Government of Andalusia in this project amounts to 66 million Euros. During its first year of existence, the MPM has received almost 425, 000 visitors. 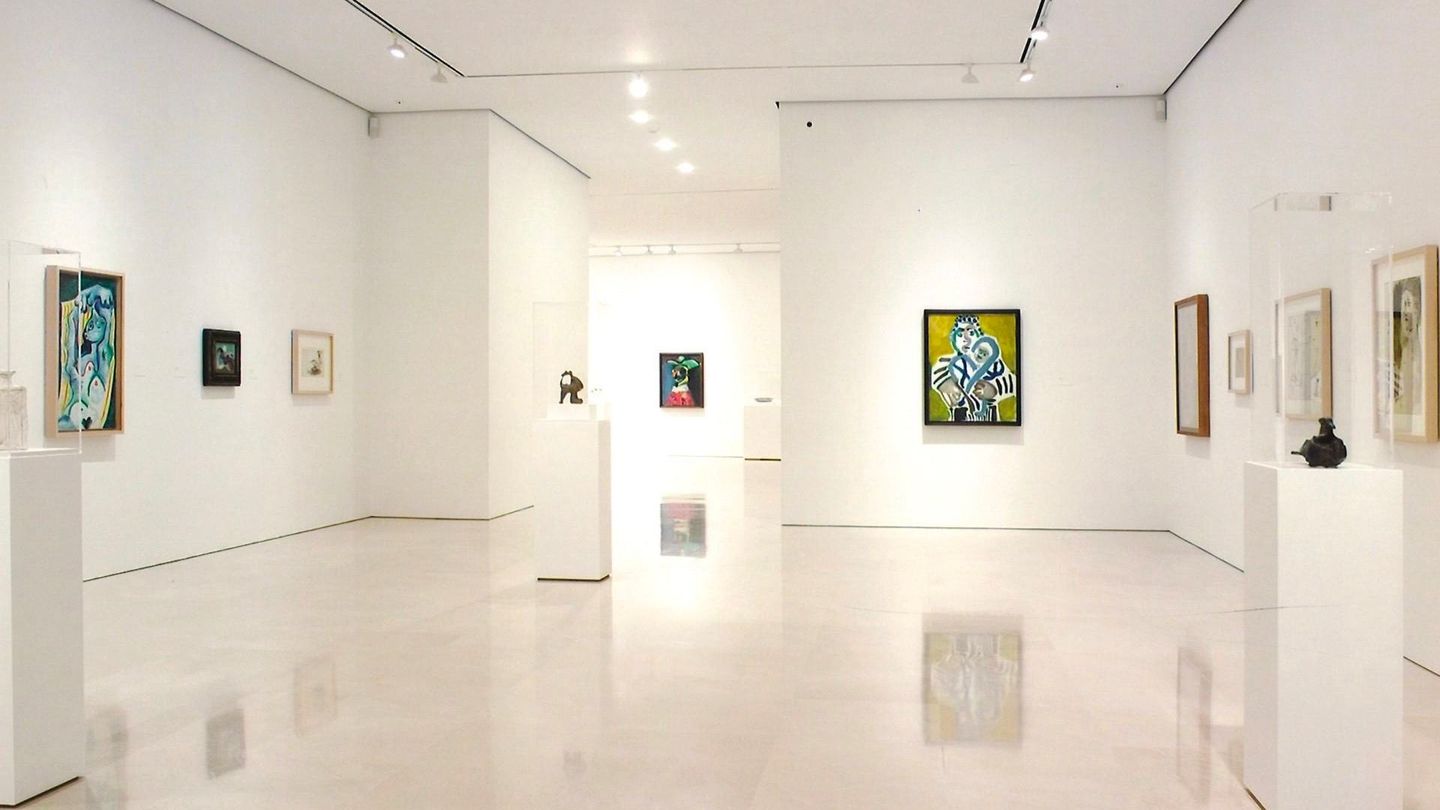