Museo Picasso Málaga’s exhibition Picasso’s South. Andalusian References takes a look at the history of Spanish art by displaying works by Picasso alongside valuable archaeological artefacts and paintings by great masters such as Zurbarán, Velázquez, Murillo, Goya, María Blanchard and Juan Gris, amongst others. This ambitious show moves from Iberian art through Classical Antiquity, and ends with the modern art of Picasso’s own contemporaries.

?Picasso’s South. Andalusian References provides a synthesis of Spanish art history, displaying works by Pablo Picasso alongside valuable archaeological artefacts and paintings by great Spanish masters, in an ambitious show that moves from Iberian art through Classical Antiquity, the Baroque, and ends when the Malaga-born artist had become a guiding figure to his contemporaries and the protagonist of an essential chapter in Spanish modern art.

This exhibition explores the intellectual journey that Picasso made from south to north, using the symbolic heritage of his homeland to return somehow to his point of departure. It focuses on the profound imprint that Mediterranean culture left upon Picasso’s work and sets up a dialogue between a selection of works from his various creative periods and examples of Spain’s rich historic and artistic heritage, of which he was a great connoisseur.

One of the aims of Picasso’s South. Andalusian References is to illustrate how the visual nature of his work bears features and qualities such as austerity and loss of faith that are akin to those in Spain’s own collective memory. These features are both tangible in the nation’s artistic heritage and present in the emotional expression of a people who have, artistically, been constructing a cultural identity over many centuries. In the specific case of Andalusia, it is clearly that of a melting-pot of three different cultures. The exhibition is part of the international Picasso-Méditerranée Project led by Musée national Picasso-Paris and is sponsored by Fundación Unicaja.

The masters and the maestro

For the curator of the exhibition, José Lebrero Stals, Picasso was additive, cyclical, and loyal to the memory of an iconography that he appropriated by incorporating it into the very act of demonstrating his own alterity. He turned art history into his own personal “other story”. Lebrero Stals explains that the exhibition “constructs a game of double correspondence between an outstanding selection of works produced by Picasso over a period spanning seven decades, and the two-and-a-half-millennia history of Spain’s heritage, looked at in a different way”.

To conclude this historical journey, the exhibition inverts the roles, showing us a Picasso with the authority to take his own turn at influencing new Spanish art. The guitar acts as the thread linking works by his contemporaries María Blanchard, Juan Gris, Moreno Villa, Manuel Ángeles Ortiz and Ismael González de la Serna, in which the instrument is the iconographic motif. The exhibition even ends with music: Manuel de Falla’s Three Cornered Hat (Le Tricorne), a ballet set in Spain that premiered in London in 1919, with the collaboration of Pablo Picasso, who designed the set and costumes, and whose sketches are also on display in the exhibition.

Picasso and the south

Picasso’s influence and contribution to the history of 20th-century western art is undeniable. It all began in the maritime city of Málaga, where he was born at the end of the 19th century and where, precociously early, he began a long artistic career that covered eight decades, and ended with similar creative exuberance beside the Mediterranean, on France’s Côte d’Azur.

The exhibition uses several premises to support the idea that Picasso never ceased to be interested in the origins and traditions of painting, in much the same way as his migrancy bound him emotionally to his homeland, never shedding his loyalty to his cultural ties: Málaga, Andalusia and Spain were all part of his “southernness”, and not just in artistic terms.

The influence of the Mediterranean, the magical gaze, the portrait throughout history, the Classics, the depiction of life and death in the Baroque period, the pietá, archetypes and rituals… These are just some of the arguments for examining subjects that formed part of Picasso’s iconography, such as the bullfight, still-life, vanitas paintings, motherhood and rituals, or his pictorial affinity with the masters of the Spanish Baroque, and which reveal diverse aspects of his strong identification with Spain’s artistic heritage and the novel way in which he interpreted it.

The call of the South is also apparent in Picasso’s poetry. These free-flowing, spontaneous texts, which he worked upon for two decades as from 1935, contain numerous references to the South. A selection of these poems is also on display in the exhibition and they bear strong testimony to Pablo Picasso’s Spanish identity. Finally, visitors will be able to listen to Picasso’s voice, thanks to two interviews that a Spanish journalist recorded for Radio Paris in Vallauris for the artist’s 80th birthday.

This latest Museo Picasso Málaga exhibition will be the main theme of the Gallery Talks guided tours, which are held every Saturday at noon. To take part, simply register at the ticket office, as the tour is free with the price of admission. The museum’s Christmas workshops for youngsters aged from 4 to 15 will also be devoted to Picasso’s multi-disciplinary work.

For the full calendar of activities for schools and the general public, as well as any other information on the exhibition, please go to the MPM website. 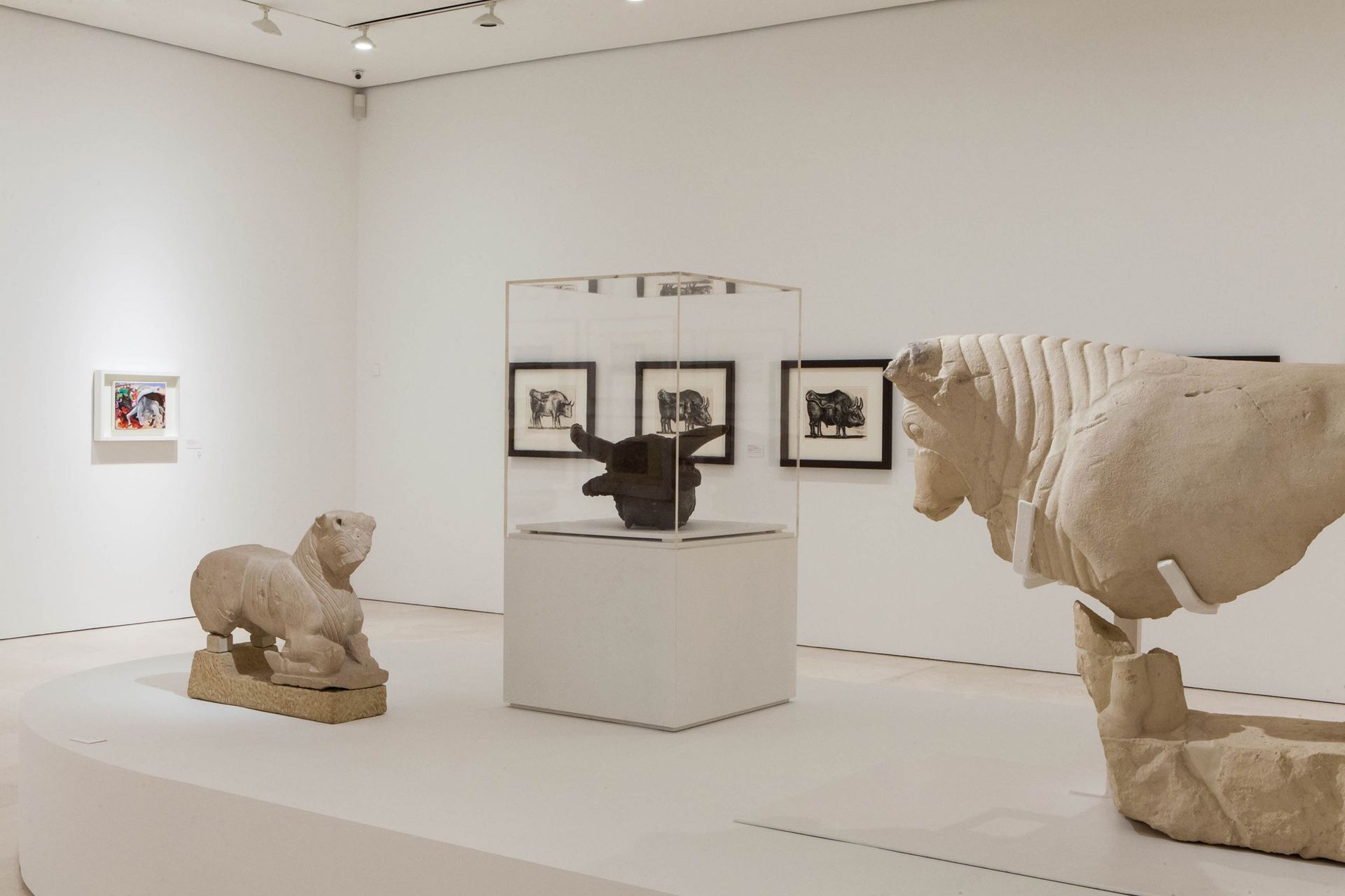 A day in Picasso’s South