THE 391,319 VISITORS TO MUSEO PICASSO MÁLAGA IN 2011 MAKE IT THE MUSEUM’S BUSIEST YEAR SINCE IT FIRST OPENED

In addition to this, 9,980 people took part in its programme of cultural activities.

Museo Picasso Málaga registered a total of 391,319 visitors in 2011, making it the museums&rsquo";" busiest year in visitor numbers since it was opened in 2003. In addition to this, 9,980 people took part in its programme of cultural activities. The increase in the number of exhibitions and cultural activities, the new summer opening hours on Mondays, the consolidation of the 20 miradas. Málaga, 20 años bajo la mirada de Picasso programme, and the growth of the cultural tourism sector are just some of the reasons for this 13.18% rise the art museum&rsquo";"s visitor numbers. Last year, 32,105 people took part in its educational activities, and the institution intensified its collaboration with other local, regional and national Spanish cultural organizations.

The Museo Picasso Málaga&rsquo";“s busy schedule of exhibitions and cultural activities, its new Monday opening hours in July and August and the increase of cultural tourism in both the town and the province of Málaga were all points of interest for the 391,319 visitors who came to the Palacio de Buenavista in 2011 to view the work of Pablo Picasso, which was put on show in various exhibitions of the MPM&rsquo”;“s Permanent Collection. The temporary exhibitions Kippenberger Meets Picasso (61,588 visitors), Cartoons from the Front Line (84,865 visitors), Picasso at Work. Through the Lens of David Douglas Duncan (80,584 visitors), the presentation of the Crommelynck printing press and the current exhibition, Alberto Giacometti. A Retrospective, were all very well received by the public. Thanks to this exhibition programme, visitors were able to see not only Picasso&rsquo”;“s own work, but also other artworks from his time, and the way he influenced contemporary artists. International Museum Day, the Noche en Blanco, World Tourism Day and the MPM&rsquo”;"s 8th Anniversary also drew large numbers of visitors, particularly from Malaga.

Educational Activities From January to December, a total of 32,105 people took part in the museum&rsquo";“s educational activities and, of these, 20,225 were pupils and teachers who attended special tours and workshops that were organized for them. Families and children also came along to the Family Days and to the workshops that were held during school holidays. Eight hundred people with different kinds of disabilities, or belonging to social integration groups, took part in the Special Needs Programme. Others decided to get to know the museum in tours of the Permanent Collection, the temporary exhibitions, or the Palace&rsquo”;"s architecture. Finally, a programme targeting the University community offered guided tours of the Permanent Collection and temporary exhibitions, as well as a series of training courses.

Cultural Activities Alongside the visitor numbers for the MPM&rsquo";"s Permanent Collection, temporary exhibitions and educational activities, almost ten thousand people took part in the 2011 cultural activities programme. They attended the lectures, concerts, illustrated talks, poetry readings, theatre for all the family and seminars that were held on the museum premises.

Within this context were seminars such as Spanish Art in the 80s";" Art and Social Inclusion: American Practice";" Architects, Filmmakers and artists in their Studios and Social Networks and Museums. Reputation and Credibility. Literature also had its place, thanks to an agreement signed with the Centro Andaluz de las Letras, which brought distinguished authors such as Eduardo Mendicutti, Chantal Maillard and Joan Margarit to the MPM.

As regards music, the MPM Auditorium served as the venue for the 4th and 5th Cycles of Chamber Music and for the continuation of the second cycle of Flamenco at the Picasso. Names. The third cycle of Flamenco at the Picasso. Humour and play has now begun and will run until April 2012. The Combo Jazz cycle was greatly looked forward to by jazz enthusiasts and the same is also true of Children at MPM - A Boxful of Surprises, the museum&rsquo";"s theatre programme for all the family.

Museo Picasso Málaga&rsquo";“s international scope and other joint projects As for the process of increasing Museo Picasso Málaga&rsquo”;“s international scope, one of the most visited exhibitions in 2011, Picasso at Work. Through the lens of David Douglas Duncan, is now being shown at the Kunstmuseum Pablo Picasso, M&uuml”;“nster, in Germany, and will travel to France in 2012 to go on display at La Piscine. Musée d&rsquo”;“Art et d&rsquo”;“Industrie André Diligent in Roubaix. There are a number of works form the Museo Picasso Málaga&rsquo”;“s Permanent Collection currently on display, at Kunsthalle in Bielefeld, Germany, Kunstmuseum Graphikmuseum Pablo Picasso in M&uuml”;"nster, Germany, and at Museu Calouste Gulbenkian in Lisbon, Portugal.

Furthermore, Museum Ludwig, in Cologne, Germany, co-produced the exhibition of photographic portraits MemyselfandI with Museo Picasso Málaga. Visitors will be able to see this show at MPM from 5th March, as part of the programme 20 miradas. Málaga, 20 años bajo la Mirada.

Finally, Museo Picasso Málaga would again like to thank its institutional and corporate sponsors, whose commitment to the arts is so crucial to the museum&rsquo";“s artistic programming: the museum&rsquo”;"s Advisory Board Members, Unicaja and RTVA, and its Board Members, Vocento, Grupo Joly, Novasoft, Diputación de Málaga, San Miguel, Fundación Aena and Diputación Provincial de Málaga. 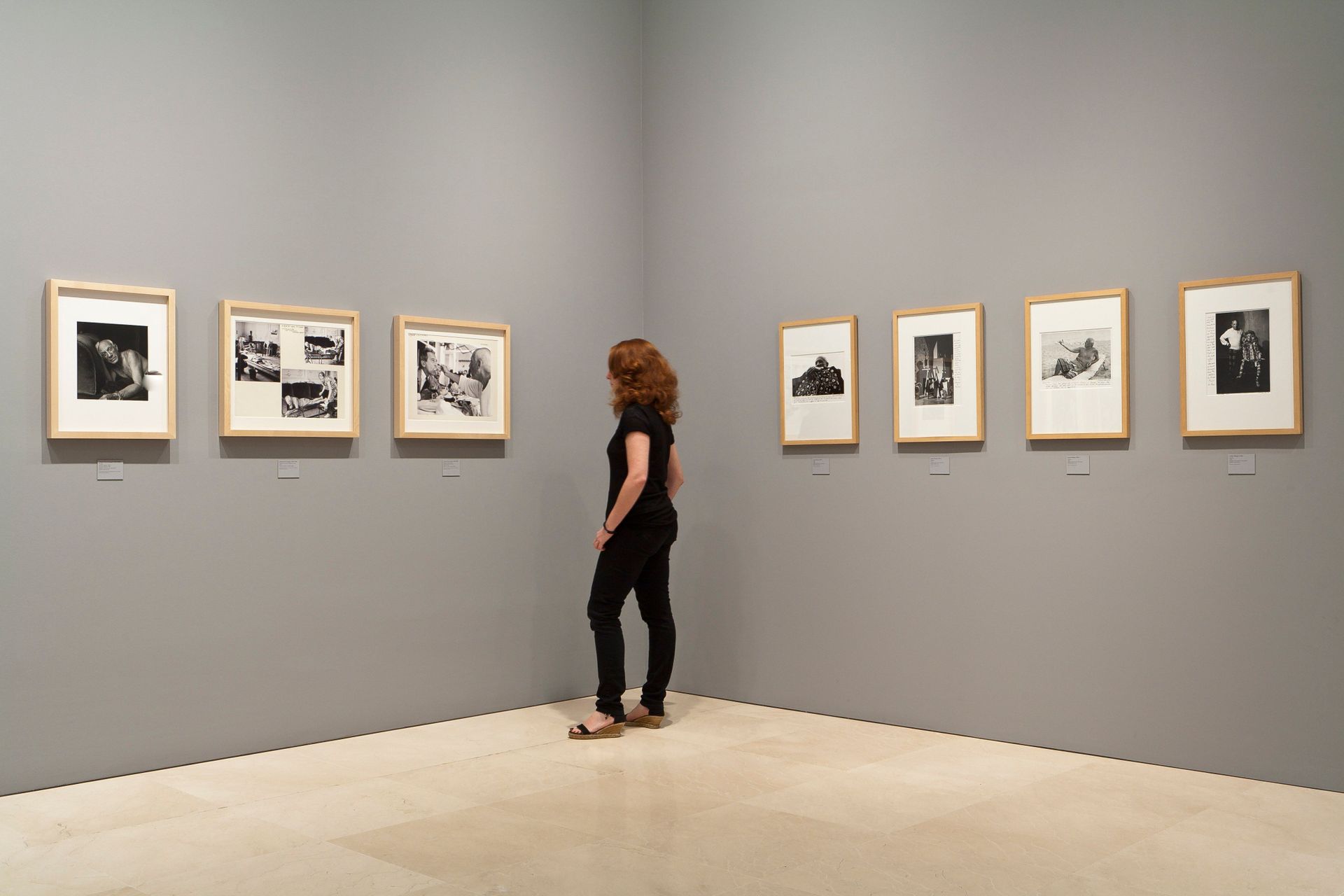