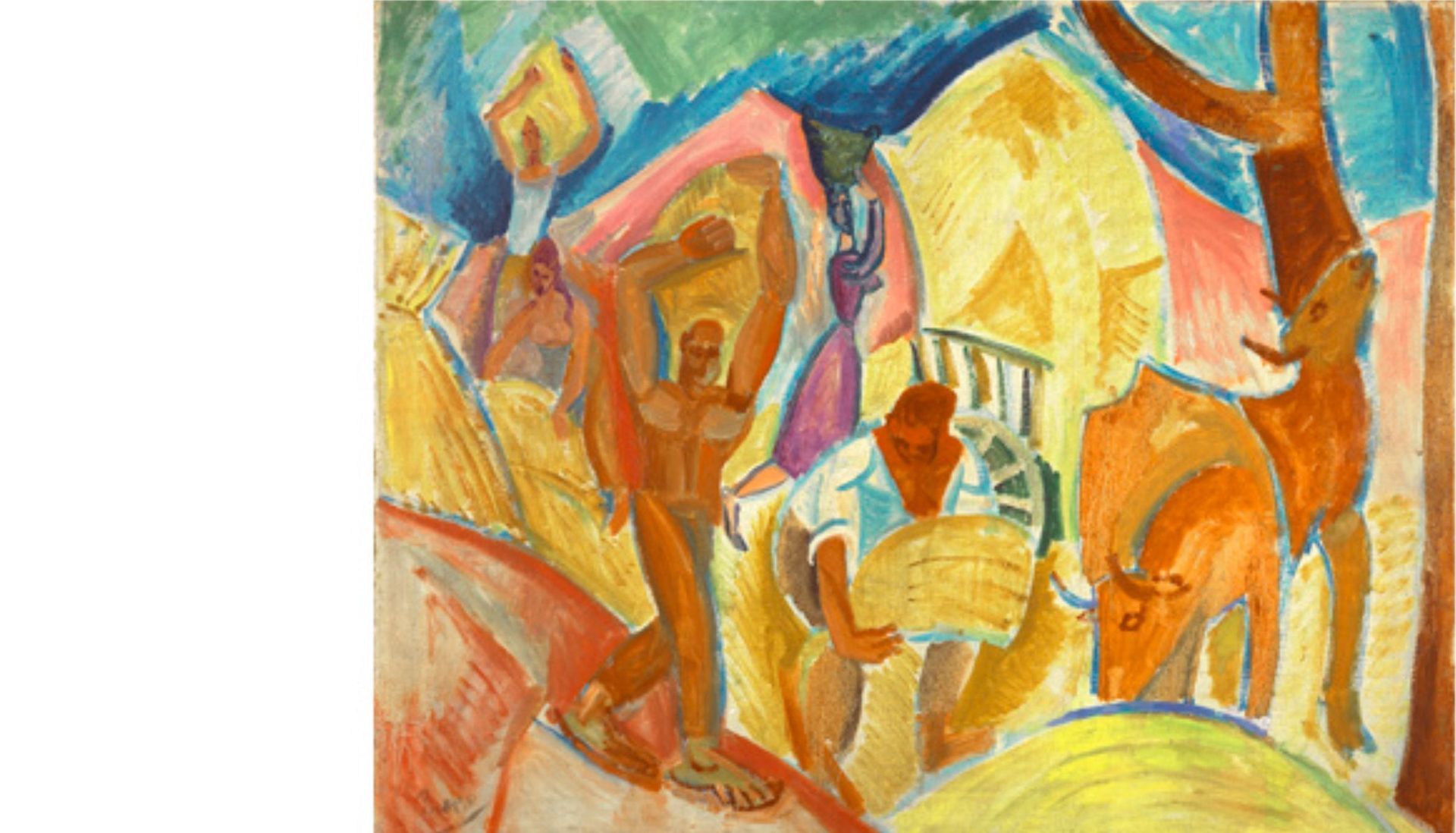 After being removed from their customary place in Museo Picasso Málaga’s permanent collection, Pablo Picasso’s works Three Graces (1923) and Olga seated (1923) have now left for the “Picasso/Chanel” exhibition that will be opening to the public at the Thyssen-Bornemisza National Museum, in Madrid, on 11th October.

In turn, the Thyssen-Bornemisza National Museum will be temporarily lending two works by Picasso to the museum in Málaga: The Harvesters (1907) and Bullfight (1934), which will be on view at Museo Picasso Málaga as from early October.

As part of the events that are being organized for “Picasso Celebration 1973-2023”, the international programme commemorating the 50th Anniversary of Pablo  Picasso’s death, the Thyssen-Bornemisza National Museum will be opening its “Picasso/Chanel” exhibition to the public on 11th October. Museo Picasso Málaga will be participating with the loan of two iconic oil paintings from its collection of works by Picasso, both painted in 1923.

In Three Graces, a work that belongs to the Fundación Almine y Bernard Ruiz-Picasso, a strong charcoal line has been used to outline the bodies of three women dressed in tunics. Fine layers of white paint are used to make them stand out against the grey primer. The other picture is Olga seated, a donation to Museo Picasso Málaga’s permanent collection from Bernard Ruiz-Picasso. It is a portrait of Olga Kokhlova, in which the model is shown seated, her hair parted in the middle, wearing a blue dress trimmed with fur.

As from October, the Thyssen-Bornemisza National Museum will be lending Picasso’s paintings The Harvesters (1907) and Bullfight (1934) to Museo Picasso Málaga. Picasso painted the first of these after a visit to the village of Gósol, while the second one belongs to a set of works that he painted in Boisgeloup. This exchange of artworks, which is common practice among museums, will enable visitors to both institutions to see works by Picasso that are of special artistic relevance.