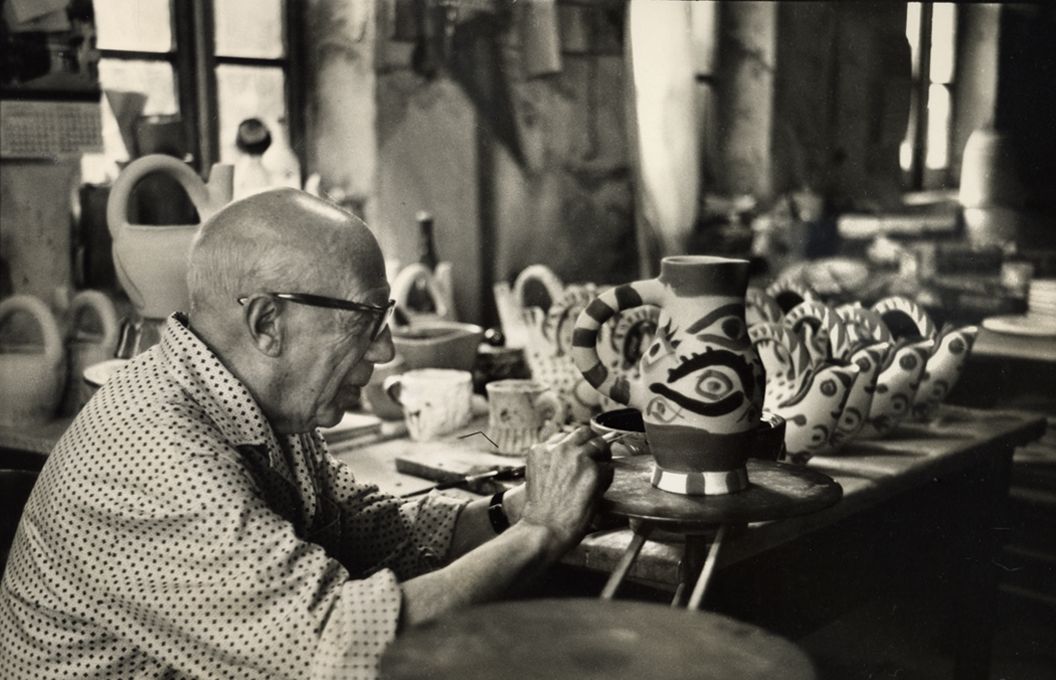 Something fascinating occurs when raw clay and wet glaze are transformed by the intense heat of the kiln. This operation causes a kind of metamorphosis with results that are often unpredictable. The handling of the clay before it hardens brings about another kind of magical conversion that invites us to picture a bird in the common shape of a jug, or a mask in the hollow of a dish. Pablo Picasso discovered the potters’ universe in the south of France in 1946 and never abandoned it.

Picasso decorated plates with mythological characters, created doves that he later adorned, and designed still lifes on pots and bullfighting scenes on serving dishes, bringing a hitherto unseen degree of experimentation to this popular art form. 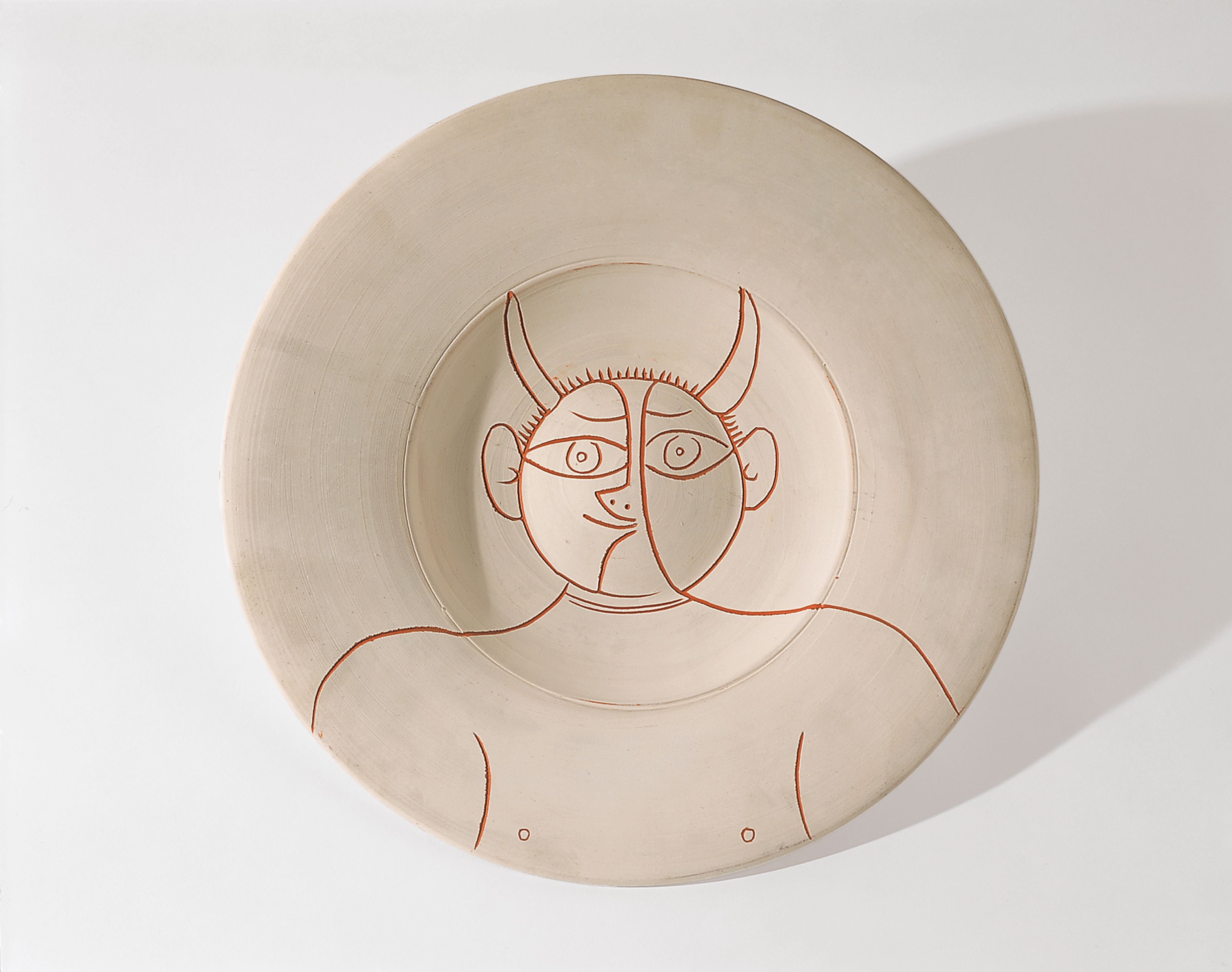 Picasso began producing pottery continuously at the Madoura pottery studio in Vallauris, an ancient pottery centre in southeast France. The artist was attracted by the place itself, with its old houses and ancient wood-fired kilns, and also by the opportunities and facilities for experimentation provided by Madoura’s owners, Suzanne and Georges Ramié, who became hosts to this primitive art for Picasso, ever curious and keen to discover new art forms. 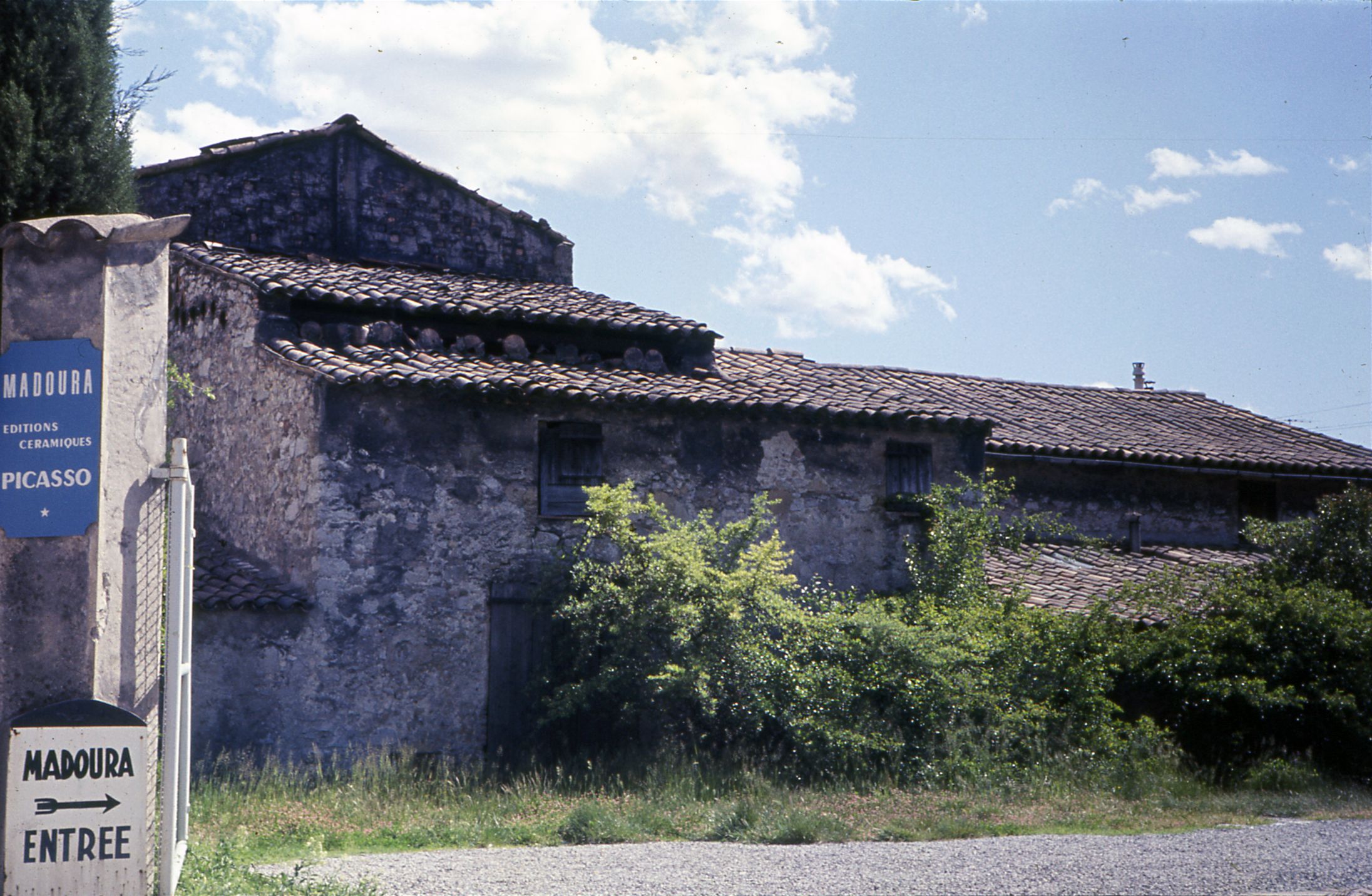 Picasso learned from Suzanne Raimé the traditional Mediterranean pottery and glazing techniques as well as techniques for decorating pieces with slips, oxides and sgraffito and firing them in a Roman-style wood-burning kiln. Picasso often took existing objects, generally standard workshop products, and, making use of their volumes, painted them with eyes, heads, animal shapes, still lifes, bullrings… Picasso gave a new meaning to objects that were still recognisable. Sometimes he even collected materials from the debris dumps and transformed them, treating them like archaeological remains painted with Greek-inspired motifs in a unique combination of classical tradition, popular objects and modernity.

One of the most striking pieces in the Museo Picasso Málaga’s collection is Insect. This type of pot-bellied vessel with three handles on each side and a stopper is known in Provence by the name of gus, and is used to hold vinegar or water. A rope was threaded through the handles to hang it on the wall. Picasso chose a simple decorative technique and painted directly onto the white earthenware with blue slip and incised a few motifs in the blue to reveal the underlying white, transforming the traditional vessel into an six-legged creature. 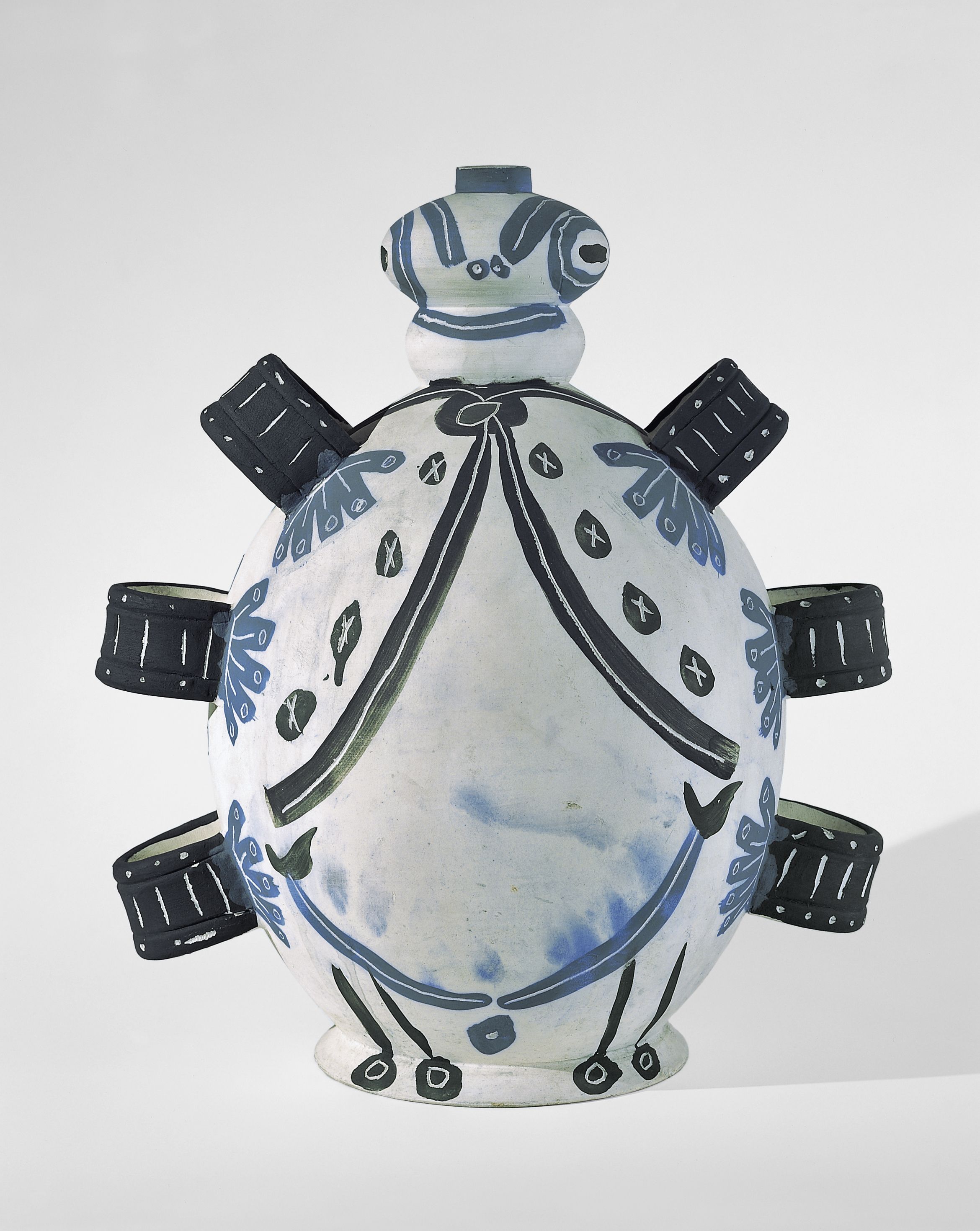 Once again, an everyday object is transformed into something new, familiar yet enigmatic. Picasso did not use technique to express pre-existing ideas. Far from it: fascinated by the technique itself, he continually sought ways of pushing its boundaries, achieving effects that seasoned professionals would have deemed impossible. By reinventing the technical languages of painting, sculpture, printmaking and ceramics, he expanded the range of what could be said in each of these languages.